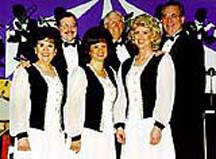 November 30th through December 16th is the traditional Old Fashioned Christmas musical. The Christmas show is the most popular show and sells out all shows. This year they can accommodate 250 more persons at each performance at the new venue.

Bob and Romilda Hamontre bought the old Bond Funeral Home in 1989, fulfilling a promise Bob made to Romilda 33 years earlier—if she would marry him, instead of pursuing her music career, he would buy a theatre for her. Well, he didn’t say when!

Romilda and Deanna Demes formed a trio called Those Good Time Gals way back in 1970 and with their three-piece back up musicians, sang throughout the Midwest. They always wanted to do their own shows. The Pine Box Theatre (Get it?) made this possible.

The very first season Garry and Roger joined the troupe and along with Bob became “The Guys.” Debi Macy later became the third “Good Time Gal.” After 12 seasons, performing at the Pine Box in downtown Nashville, Bob and Romilda rented their building to the Presbyterian Church and moved to Ski World.

The Pine Box Music Theatre and the Nashville Follies have teamed up to make your weekends, Twice the Fun. You can buy a two-show package for $20 per person. This is a savings of $7 per person. 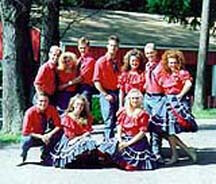 The Follies also has two shows remaining on their schedule for 2001. Hooray For Hollywood, a musical journey through decades of memorable movies, runs September 21st through November 10th. The Christmas Show runs November 16th through December 16th.

Hooray for Hollywood starts with The Jazz Singer and travels through the years to this year’s hits from Moulin Rouge and Shrek. The show also features songs and dances from movies that made their way to Broadway. These include Yankee Doodle Dandy, Singing in the Rain, State Fair, Saturday Night Fever and The Rocky Horror Picture Show.