Nobuddy can talk as interestin’ as th’ feller that’s not hampered by facts er information.

How many counties have their very own mythic figure? There’s Paul Bunyan, of course, but he belongs to America. Thor, the Thunder God, is either Marvel Comics’ or the Scandanavian people’s, pending a court decision on the copyrights. Manitou’s story was told by the Algonquins. But Abe Martin, sitting on his barb wire fence like a colossus, that’s pure Brown County.

Sort of. Abe’s creator, Kin Hubbard, never actually visited Brown County until 1914, ten year’s after Abe came swimming up out of his notebook. But he knew about Brown County’s reputation as a hard-nosed, rugged, isolated place where common sense, or at least horse sense, reigned supreme. He quickly settled his wisecracking antihero there. 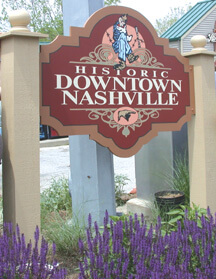 Having once visited he returned often. “Hubbard knew Nashville and Brown County very well,” said the late Hubbard biographer David S. Hawes in a 1996 interview with Our Brown County. “He loved Brown County.”

In the nearly 100 years since Abe first emerged from Kin Hubbard’s pen he has aged as well as can be expected, like a silent film star that everybody’s heard about and nobody’s seen. Yet, to read Abe Martin today, once you get past the hick-speak, is to find surprisingly modern nuggets of wisdom—and humor.

Now an’ then an innocent man is sent t’ th’ legislature.

Hubbard was a small town boy, the son of a newspaper publisher in Bellefontaine, Ohio. He was always interested in art. As a young child he could easily cut-out lifelike silhouettes of animals and people. The grandson of a touring actor, he developed a real passion for the traveling shows that passed through town. Later he came to love the theater, harboring a secret ambition to become an actor.

After working for three years as staff artist for the Indianapolis News he returned to Bellefontaine to work as a post office clerk and bread truck driver. He tried formal art training, attending the “Jefferson School of Art in Detroit, Michigan,” Kerry L. Hubartt wrote for the Indiana Journalism Hall of Fame. “He went for barely a week, becoming discouraged drawing ears.” Hubbard also pursued his interest in the theater, producing his own vaudeville and minstrel shows. He displayed a fondness for characterizations of the small town schoolteacher, the old maid, the local doctor, and the hick philosopher. Much of his later work would be based upon ideas developed at this time for live audiences.

At the age of 31, Hubbard returned to Indiana to work for the Indianapolis Sun before regaining his position at the News where he earned a reputation for his wicked caricatures of state legislators. He had a wonderful natural wit and some of Abe’s best sayings came during conversations with Hubbard’s friends.

Flattery won’t hurt you if you don’t swallow it.

He puzzled over what to name his character, considering Abe Hulsizer, Seth Martin, Steve Martin, and finally, Abe Martin. “On 17 December 1904,” writes Ray Boomhower in Traces, “the Abe Martin character made his first appearance. The drawing showed a smiling, whiskered gentleman staring at a playbill.”

Starting with Abe Martin, Brown County, Indiana in 1906, Hubbard published a collection of his favorite sayings for the year with some new material. He also created zany almanacs and spoofs of popular romantic novels. These publications are much prized today and a complete collection can be found at Indiana University’s Lilly Library.

By 1910 Hubbard was nationally syndicated, appearing in over 200 newspapers, and highly praised by George Ade, Will Rogers, and early booster James Whitcomb Riley. 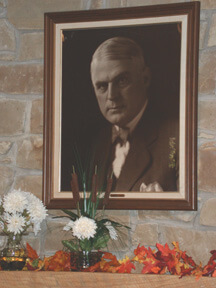 Nowadays it’s hard to imagine just how popular Abe Martin was. Like Gary Larsen’s “The Far Side,” Abe Martin’s sayings were torn out of newspapers and passed around like a favorite uncle. Type “Abe Martin” into Google and you’ll find a surprising number of men with the last name of Martin and the nickname Abe, including legendary football coaches Glenn “Abe” Martin of Southern Illinois University and Othol Hershel “Abe” Martin of Texas Christian University, as well as illustrator Edgar “Abe” Martin, who drew the “Boots and Her Buddies” comic strip for nearly 40 years.

The trouble is most parents don’t worry about a daughter until she fails t’show up fer breakfast, and then it’s too late.

“It’s high time that this man be known,” declared David Hawes, who created a one man show where he appeared as Abe Martin. “Abe Martin’s sayings are not well appreciated in great part because contemporary people are attuned to television humor. Situation humor. There is no modern Will Rogers, who commented with a kind of good sense and respect for his subject matter.”

In hopes of raising public awareness of Abe Martin and his connection with Brown County there are plans afoot to celebrate the one hundredth anniversary of Abe’s creation. “The problem,” said Bob Kirlin of The Lexington House, “is that when you come to Brown County you see Abe Martin but nobody knows the real story. What we’re trying to do, in cooperation with the Brown County Convention and Visitors Bureau, is to tie the theme of any event that happens in 2004 to Abe Martin’s birthday.” Plans include Abe Martin signs, t-shirts, an official logo, and the participation of events like the Lions Club Parade and the Big Brothers Big Sisters Wine Tasting Dinner at the Hobnob Corner.

“There’s a lot of work to be done but I think it could be a great handle for the community,” Kirlin added.

For more information on Kin Hubbard and Abe Martin see <http://www.indianahistory.org/heritage/hubb.html> and <http://www.depauw.edu/library/archives/ijhof/inductees/hubbard.htm>.