April in Brown County is always an exciting time, especially this year thanks to the celebration of Abe Martin’s 100th birthday.

Abe Martin was created by Indianapolis News reporter Kin Hubbard after a brief visit to Brown County during the 1904 political campaign for Indiana governor. In his sketch book from that trip can be found a wiseacre hillbilly whom he quickly transformed into the crackerbarrel philosopher Abe Martin, disconcertingly lounging on a barbed wire fence. Hubbard used his experiences as an actor, post office clerk, and general gadfly to create a whole community of characters with which he lampooned early 20th century society. Abe Martin became one of the most beloved characters in journalism history.

On April 5th, at the Brown County Historical Society’s monthly meeting and pot-luck, the celebration of Abe’s first appearance in The Indianapolis News begins with the introduction of the “cut-outs,” which are life sized renditions of Abe, his cohorts, and his animal companions. “These are going to be placed around the county depending on who sponsored them,” says Bob Kirlin, owner of Lexington House and one of the planners of the festivities. “We’ve 60–65 of these characters.

“We’re also going to have a table full of Abe Martin memorabilia for people to look at. Andy Rogers has committed to give a short program on his knowledge of Kin Hubbard as well as Abe Martin. The friends of the Park are going to put on a skit dressed as Abe Martin characters. To end the program Slats Klug will perform the Abe Martin song that he wrote.”

Also, the Artists Colony Inn is creating a large birthday cake. “It’ll be a fun time.”

During the following week the cut-outs will be placed around Nashville and the county. There will be a map printed by the Brown County Democrat, “which will tell our guests where these characters are placed. It will tell them the sponsors and a little bit about the character,” says Kirlin. “I think it’s going to be absolutely phenomenal.”

The Historical Society dinner starts at 6:30. The public is invited but should remember that this is a pitch-in dinner and to bring a side dish, something to drink, and eating utensils. 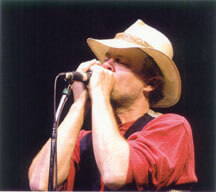 On Saturday, April 10 Slats Klug and friends are planning their own celebration of things Abe Martin at 8:30 p.m. in the Brown County Inn’s Town Hall Room. Slats will feature his new song about Abe “which will be the boys of the Liars’ Bench talking about Abe after the hundredth birthday,” says Slats. “I don’t think of him like everybody’s grandfather. My conception of Abe is as a kinda crotchety old guy who says what he thinks all the time, not in order to anger people, but he’s at that point where he has this license to say what he wants.”

Slats intends to include readings from Hubbard’s works, bits of Abe Martin logic and lore, and a tap dance intermission, with the dancer “dressed up in the Abe thing. There’s a faction of people that come to shows that want more music than talk,” Slats continues. “I like a certain amount of talk. If it’s good it elevates the show, focuses it. I’m hoping that will happen on this show.” 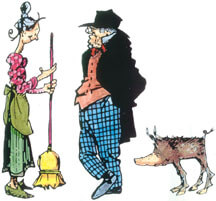 Special guests include Dave Gore, Robbie Bowden, John Franz, Mike Moody, Doug Harden, Beth Lodge-Rigal, Lauren Robert, Kenny Strong, Dan Dolan, Dave Weber, Mark “Scrapper” Blackwell, Bob Kirlin, and Bill Weaver. The Reverend Bill Breeden will open the show with the Lost Shoestring Band. Slats also hopes to round up a collection of the cut-outs—Abe Martin, Fawn Lippincut, Newt Plum, and other Hubbard characters. Tickets are $15, available at the Brown County Inn (812) 988-2291, and Lexington House (812) 988-6610. Doors open at 7:45 for a show that will be enjoyed by the entire family.