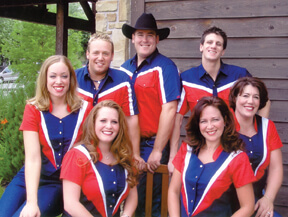 With over a decade of hit shows, the Nashville Follies Musical Theatre has entertained thousands with their vivacious vocals, dazzling dancing, and comedy.

Now through November 6 you can enjoy their newest production, On Route 66, a sequel to their popular “Shake, Rattle & Roll.” Join six friends as they reunite after years of separation in an adventure down legendary Highway 66 as it courses through the music of the 1950s and early 1960s.

Joan Kisner is the producer, director and writer of the Follies. She was entertainment director at Old Indiana Park before moving the shows to Nashville.

The theater’s custom designed acoustics and seating arrangement make any seat in the house a good one.

Christmas begins on November 12th when Winter Wonderland hits the stage. A favorite with audiences, it’s an uplifting show with plenty of singing, dancing, comedy and a seasonal message that goes straight to the heart. This show is extremely popular and reservations are a good idea. 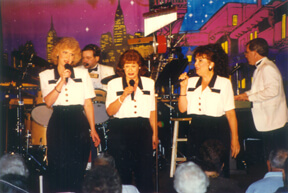 The Bond Funeral Home became the Pine Box Theatre when Romilda and Bob Hamontre made it into their musical cabaret in 1989.

Deanna Demes and Romilda had been performing together as “The Good Time Gals” since the early 1970s with Bob running the sound board and lights. They became the “The Good Time Gals and Guys” when Garry Pottenger on drums and Roger Smith on piano joined the act at the Pine Box. Four years later Debi Macy joined the trio and the entire troupe has been together since.

Deanna and Roger arrange the music, Romilda does the choreography, and Bob writes, directs and handles the sound and lights.

The theater’s atmosphere is casual with the audience seated at tables. Patrons feel more like family than paying guests.

Remaining on this year’s schedule is Cupid Made Me Do It! in November and Old Fashioned Christmas in December. 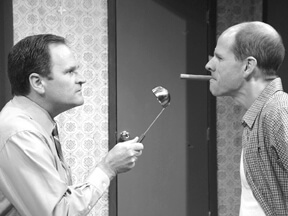 Can two divorced men share an apartment without driving each other crazy? Brown County Playhouse finishes its season of exciting live theater with Neil Simon’s side-splitting classic The Odd Couple. This pop culture phenomenon follows the laughable outcomes of a volcanic situation in which two polar opposites upset each other’s way of life.

For more than half a century Indiana University drama students have spent their summer vacations working with professional actors to entertain over a million theatergoers at the Brown County Playhouse. A few of those young actors, for example Kevin Klein, moved on to the big city stages.

The Brown County Playhouse entertained its first audience in July of 1949 in a barn that served as the theater for 28 years. The current theater structure now comfortably seats 400 people. 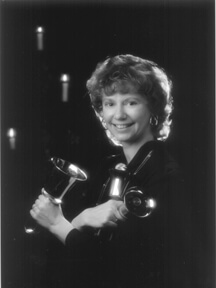 “You’ve never seen music like this before,” promises Kristine Stout at her Joybell Theater and Gift Shop. That’s because she’s that rare performer known as a handbell soloist.

Unlike a handbell choir, Kristine plays all 37 English Handbells herself, sliding from one end of the long table to another, with the graceful form of a ballet dancer, meticulously playing to her own pre-recorded accompaniment. Shows feature classical music, old time music, and hymns.

A World of Magic 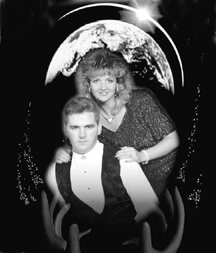 Appearing on Saturdays throughout October at the Nashville Follies is the magical roller coaster ride known as the Magic and Illusion of Kevin and Robin Heller.

From the historical illusion of Harry Houdini to mind-bending magical effects, the Hellers give a performance that will entertain—and involve—the entire family.

“How can our eyes deceive us…our senses mislead us?” Find out at the Nashville Follies Theatre Saturdays in October at 1:30 p.m. 800-449-7469, or online at <www.nashvillefollies.com>. All ticket holders will receive a FREE autograph picture while they last. 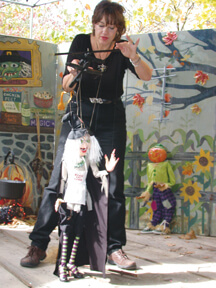 Representing three generations of puppeteers, the Melchior Marionettes have been a Nashville favorite for over 20 years. The Halloween program features beautiful hand-crafted and costumed marionettes performed in full view of the audience. The cast includes dancing ghosts and skeletons, a juggling scarecrow, a flying Purple People Eater, and Esmerelda the witch, while Dracula welcomes visitors from a second story ghost house.

Shows are at 1 and 3 p.m. Saturdays and Sundays. Starting October 9 shows will be hourly throughout the afternoon. Hourly shows will be added Fridays beginning October 22 and spooky nighttime performances will also begin all three days at 6:30 in the unique outdoor theater.

Tickets are sold 15 minutes before show time. Call 800-849-4853 for schedule information. <www.browncounty.org/puppets.html> The Melchior Marionette Theatre is located on the west side of S. Van Buren Street next to the Olde Bartley House (96 S. Van Buren).