The Tanneries of
Brown County

The first record of leather tanning in the United States was in 1791 from the Secretary of the Treasury. In his report on manufacturers he says: “Tanneries are not only carried on as a regular business in numerous parts of the country, but they constitute, in some places, a valuable item of incidental family manufacture.” He further stated that the government encouraged it by prohibiting both the import of leather and the export of the bark. The alleged price of bark was from $3 to $4.50 per cord.

Tanneries in the United States used the skin and hides of animals slaughtered in the whole country, plus imported half a million more from Central and South America, and the British East Indies. Hides processed in the tanneries came from animals slaughtered for meat. Tanneries were started near locations where bark was accessible for the manufacturing processes of leather.

The skins or hides would undergo several stages in the traditional tanning process. The skins were first preserved using salt. They were then dehaired, degreased, desalted and soaked in water over a period of six hours to two days. Historically this process was considered a noxious or “odoriferous trade” and was relegated to the outskirts of town. Tanning used tannin, an acidic chemical compound from which the tanning process draws its name. The final step was drying.

The finished leather was made into many household and farm goods including shoes, boots, belts, jackets, bags and cases, trunks, book bindings, as well as harnesses, saddles, and upholstery.

Leftover leather scraps would historically be turned into glue. Tanners would place them in a vat of water and let them deteriorate over a period of months. The resulting mixture would then be placed over a fire to boil off the water to produce glue.

Brown County had its own profitable tanneries in the mid-1800s. The US Census for 1840 reports that both sole and upper leather were produced here. The businesses were the result of possibly $6,000 in investment and employed six men. An 1849 edition of the Indiana Gazetteer reported that eight different tanneries had collective annual revenues of $50,000 and provided gainful employment for twenty-five men.

Southeast of Nashville, a tannery opened by Benjamin Huntington remained in operation till the Civil War. In 1851 Timothy D. Calvin started a tanning enterprise, which was later purchased by Shotwell & Larkin, followed by Dow Head. In 1857, Daniel Marsh operated an establishment known as the “Harness and Leather Store” and advertised his constant inventory of harness and leather for cheap sale. They paid in cash the highest market value for tan bark and hides from local sources at their Tan-Yard in Nashville. 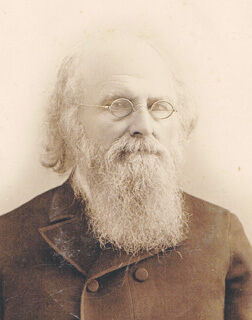 Probably the most well-known and largest tannery in the county was the Parmerlee Tannery, located near the Goshen Church in Hamblen Township. With no accurate dates, various accounts from Parmerlee family and former employees say the business spanned from 1825 or 26 until 1935. It was started by Jim Parmerlee, who arrived from Connecticut, where he operated a tannery. He first started business near Nineveh, Indiana and later moved to Brown County to be near a source of the tan bark. Upon Jim’s death, his son William, and his stepson James took over the business until its closing.

An interesting side story involves Parmerlee and Jacob Nealy, who had a tannery on Bean Blossom Creek near Georgetown and further up the creek from the Parmerlee tannery. Nealy went to Nashville to prosecute Parmerlee for building on the same creek, but he never arrived. He was killed by lightning on this ill-fated legal errand. Parmerlee later married Nealy’s widow, adding some imagined intrigue to the human narrative of the county’s tanning industry.

The Parmerlee Tannery purchased some hides locally, but most were shipped from Sydelia, Missouri, where Parmerlee owned and operated a leather store. This was also a point where he bought and sold hides. From the Missouri location, a supply of hides would arrive in the nearest railroad station, which was then Morgantown, and were then hauled by wagon to the tannery. The superior quality of the leather turned out by the Parmerlee tannery is touted in The Illustrated Historical Atlas of Indiana 1876. It states that the leather won state, national, and international prizes. The annual income was reported as $100,000. William Parmerlee went to Sydelia to run the store there when the Brown County business closed.

The Historical Atlas estimates that the tannery used 5,000 cords of tan bark or oak bark per year. A large contingent of seasonal workers would camp in the forest for several weeks in the spring time to peal the bark. Mark Parmerlee, William’s son, gave special recognition to workers from Brown County families: Goodin, who was the teamster hauling the hides; Oliver Neff, who worked as the finisher; and a worker from the Schrougham family.

In closing, this article is dedicated to my grandson who is named Tanner Pearson—“Tanner” being an honorable craftsman in earlier times.