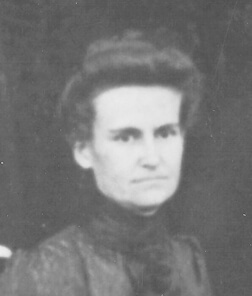 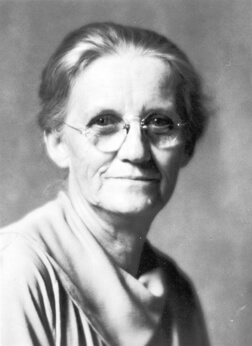 The 19th Amendment was passed by Congress in June 1919, legalizing voting for female Americans. Ratification into law required passage by 36 states. Indiana voted to ratify on January 16, 1920 and was the 26th state to do so. By August of 1920, 36 states ratified the amendment. More than eight million women across the US voted in elections for the first time that year on November 2. The remaining states ratified the Amendment over the next 60 years, with Mississippi last in 1984. Although legally entitled to vote, black women were effectively denied this right in numerous southern states till around 1965.
To commemorate this anniversary, the Brown County League of Women Voters provided a display at the Brown County Public Library for the month of February. They will have a Centennial Tea Party on Sunday, March 8 from 2 to 4 p.m. at the Brown County History Center in Nashville. Louise Hillery, author of Bold Women in Indiana History is the featured speaker.Hillery was inspired to research Hoosier women after being asked by students why women are missing from history books. There will be exhibits by the League and the Brown County Historical Society the month of March. Visit <lwvbrowncounty.org> for more info.
Social reforms in the 1800s rallied women and men as they worked for temperance and abolition of slavery. Women soon advocated for full participation in citizenship, including speaking in public, serving on committees, keeping their wages, and guardianship of their children, as well as voting rights.
Women first collectively launched the suffrage movement in 1848 during a two-day convention at Seneca Falls, New York, which had 300 in attendance. Activist and leader Elizabeth Cady Stanton drafted the Declaration of Sentiments calling for women’s equality. Other organizers were Quakers Lucretia Mott, Mary M’Clintock, Martha Coffin Wright, and Jane Hunt.
Though she was not at the Seneca Falls Convention, Susan B. Anthony devoted her life to the cause. Anthony and Stanton founded the National Woman Suffrage Association and started up a women’s rights newspaper called The Revolution. Anthony gave hundreds of lectures, often shut down by egg-throwing mobs. Knives and pistols were brandished, and benches thrown and broken.
In 1872 Anthony and fifteen other women were arrested for attempting to vote in the presidential election of Horace Greeley and Ulysses S. Grant. Anthony was not permitted to testify at her own trial and the judge instructed the jury to find her guilty. She never did pay the $100 fine.
Anthony died 14 years before the passage of the 19th Amendment and had lamented: “To think I have had 60 years of hard struggle for a little liberty, and then to die without it seems so cruel.”
Indiana women fought from the early days of the suffrage movement. Amanda Way, girded by the testimony of equality of her Quaker faith, organized a convention in Dublin, Indiana in October 1851. This led to the formation of the Indiana Woman’s Rights Association, one of the nation’s first statewide organizations advocating women’s social, economic, and political rights. The first petition for women’s voting rights in Indiana was presented to the state legislature in 1859.
Susan B. Anthony visited Indiana several times. In 1897, she addressed the General Assembly: “I want the politicians of Indiana to see that there are women as well as men in this state, and they will never see it until they give them the right to vote. Make the brain under the bonnet count as much as the brain under the hat.”
To publicly highlight their cause, Indiana women commissioned a statue in 1911 of State Senator Robert Dale Owen, a supporter of universal suffrage and women’s rights. Made by artist Frances Murphy Goodwin, it was presented to the legislature at the State Capitol Building.
In 1917 a chapter of the National Woman’s Party, founded by Alice Paul and Lucy Burns, was opened in Indiana. That same year a small victory was won by Indiana suffragists when the Indiana General Assembly passed a partial woman’s suffrage law. Close to 40,000 Hoosier women registered to vote that summer. The partial suffrage law was struck down in October 1917 by the Indiana Supreme Court. Indiana suffragists collected over 700,000 signatures on a petition sent to Congress favoring the amendment.
The National American Woman Suffrage Association transitioned into the League of Women Voters, which claims its birthday as February 14, 1920. It continues today as a clearinghouse for women and men to learn about civic issues.
Brown County Archivist, Rhonda Dunn, reports in the December 15, 2019 issue of the Brown County Journal that the Woman’s Franchise League in Brown County had a growing membership. Representing the county in the state convention in 1917 was Estella Hopper. The Democratic Women’s Club was formed in the county in 1919. Carrie Wright was elected chairman of the club and Marietta Moser secretary. More than 26,000 women registered to vote in Brown County upon publication of a notice in the local newspaper that announced September 4 and October 4 as registration dates. It’s recorded that nearly as many women as men voted in the following election.
The first woman to appear on a ballot in Brown County was Estella Clark, for the election for County Recorder. The Brown County Democratic Women’s Club reorganized in 1932, when Virginia Weddle was made president and Eudora Kelley was vice chairman. Other members in the record were: Martha Weddle and Leatha Walker. Later Mary Belle McGee was made vice president and Leatha Walker was secretary-treasurer.
Interested individuals can learn more by visiting the Brown County archives, which is open Tuesday and Friday from 11 a.m. to 4 p.m. at the Brown County History Center.